The link connecting air pollution to childhood leukemia was proposed by a research study conducted in 2016 but up to now, it’s still wanting in systematic review.

As it is, the findings that suggest air pollution has causal effects resulting in childhood leukemia have not been reviewed and analyzed. Still, in both European and North American studies of air pollution, high levels of benzene occuring in indoor air were found to have caused leukemia.

Other studies that linked air pollution to leukemia had gathered evidence linking childhood leukemia to benzene pollution was generally higher as results of postnatal exposure as opposed to prenatal exposures.

What to Know About Benzene

International Agency for Research on Cancer (IARC) has already estabglished benzene as a substance that is “carcinogenic to humans.” Sufficient evidence have been gathered as proof that exposure to benzene gives rise to the development of different types of leukemia, particularly acute myeloid leukemia (AML).

How Does the Air become Polluted with Benzene? 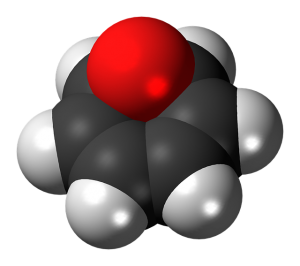 Volcanic eruptions are natural sources of the chemical substance known as benzene. In recent years, another natural source of benzene that has greatly contributed to increased levels of benzene air pollution are the forest fires.

Yet in the US, benzene pollution is largely contributed by the fumes and emissions related to the use of crude oil, gasoline, lubricants and cigarettes. Some industries use benzene as chemical ingredient in the production of resins, plastics, nylon and other synthetic products including rubber and in the manufacture of pesticides, detergents, dyes and drugs.

According to the IARC, outdoor air contains lower levels of benzene air pollution, if compared to indoor air. Indoor benzene emissions could come from a number of products used such as paints, glues, adhesives, detergents and furniture wax, just to name a few.

Cleaning indoor air is possible by using an air doctor air purifier, which is also designed to protect indoor air from the harmful effects of environmental contaminants, particularly particulate matters. The AirDoctor 3000 model for one can protect an enclosed area measuring about 505 square feet for about five hours; or up to 2 hours if the room measures 1262 square feet. The hours of protection is made possible through the Ultra HEPA filter that purifies the air with 100 times greater efficiency than standard HEPA filters